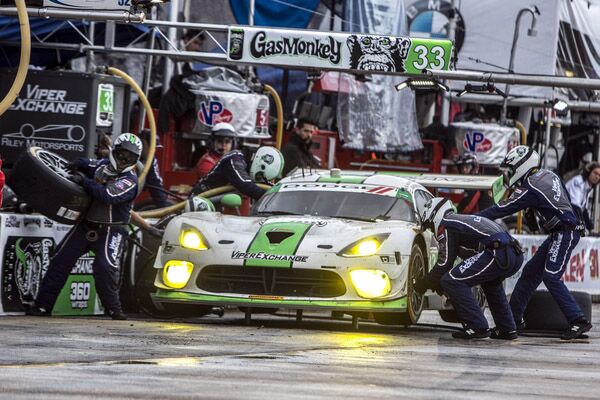 SEBRING, Florida (March 20, 2016) – Ben Keating, Jeroen Bleekemolen and Marc Miller soldiered home to a 12th-place finish Saturday in the 12 Hours of Sebring after a broken stub axle in the race’s first hour knocked the No. 33 ViperExchange.com/Gas Monkey Garage Dodge Viper GT3-R from winning contention after a promising start to the race.

Starting driver Bleekemolen took the lead in the GT Daytona (GTD) class 50 minutes into the race only to slow moments later with the right-rear axle issue. The Viper was quickly repaired in the pits but returned to the race in 19th place, five laps down and with no realistic chance of challenging for the win.

“I guess everyone always comments about how Sebring is tough on the machinery,” Keating said. “It's one thing to say it but it's another thing to experience it. The good news is that it happened early, and we had the opportunity to make up some laps, but it was just frustrating because we wanted to do well. We had a good car and we pushed. I think we have a car that qualified a little bit better than it raced but we were competitive.”

Even with a two-hour and 15-minute stoppage in the first half of the race for rain and lightning, the No. 33 team still managed to make up three laps and seven places to finish 12th.

ViperExchange.com is the reigning Tequila Patron North American Endurance Cup GTD Champion, winning last year’s Rolex 24 At Daytona and the Sahlen’s Six Hours of The Glen, but Sebring has proven to be a challenge. The No. 33 came within minutes of winning last year’s race only to retire with an overheated engine.

“We came here to make up for last year and unfortunately problems hit us early on,” Bleekemolen said. “With a lot of luck maybe we could have gotten back onto the lead lap, but in the end it just didn't work out and the long rain delay didn’t help. It was tough to get a break and get back on the lead lap but we tried everything.”

Miller was competing in his first 12 Hours of Sebring even though he raced with ViperExchange.com last year in the 24 Hours of Le Mans and at this year’s season-opening Rolex 24 At Daytona.

“It was a little bit of a rollercoaster for everybody,” Miller said. “We led, it rained, we had a mechanical issue and fought back three laps from that, but it just seemed like every time we had an opportunity it would either work out or not work out. Jeroen and Ben did an amazing job and I am just happy to be a part of this team.” 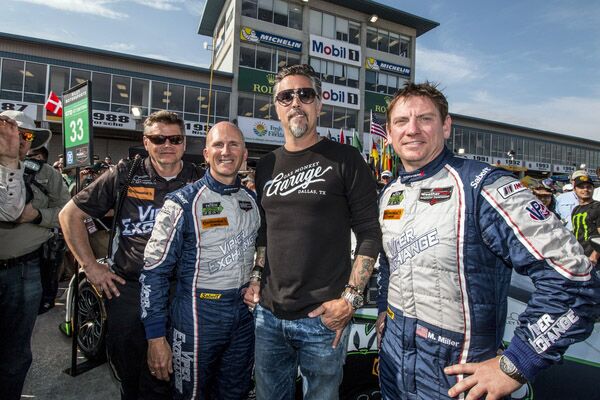 Along with the non-stop support of Viper fans, this year’s ViperExchange.com effort has seen a partnership with Gas Monkey Garage and its new Gas Monkey Energy drink. Gas Monkey Garage owner and founder, Richard Rawlings, attended the 12-hour race and took in all Sebring had to offer and more.

“It's one thing to have Gas Monkey on the car but it's a totally different thing to have Richard here,” Keating said. “As far as I know, this was his first sports car race. After you spend a little time with him you realize that if he's going to be at a race, Sebring is the one. These are his people and I think he had a great time. I asked some of his friends after he left, was that work or was that play and of course their answer was both. I think Richard had a great time, I'm really glad he was here.”

Up next for ViperExchange.com is Round 3 of the 2016 GTD schedule at Mazda Raceway Laguna Seca in Monterey, California, April 29 - May 1.