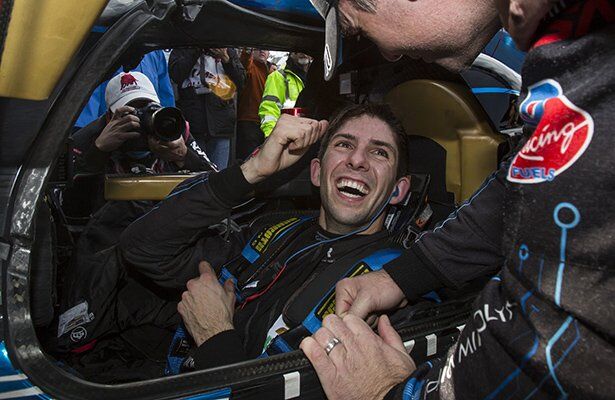 Newly crowned Rolex 24 at Daytona winner Ricky Taylor will have the chance to go for the 24-hour double this year, with Taylor confirmed as the final driver in Keating Motorsports’ LMP2 lineup for the 24 Hours of Le Mans.

Sportscar365 has learned that the 27-year-old prototype star will join Jeroen Bleekemolen and team owner/driver Ben Keating in his Riley Mk. 30 Gibson in the French endurance classic.

It will mark Taylor’s second LMP2 start at Le Mans following his run with Larbre Competition in 2014, and fourth outright after taking part in last year’s race in the factory Corvette squad in GTE-Pro.

“I’ve raced on the same track as Ben Keating for many years and he always does a great job,” Taylor said. “He’s one of the fastest gentlemen out there.

“To get an opportunity to go to Le Mans with a Riley and such a great organization is a really cool opportunity.

“The fact that we’re going to be the only one is exciting, to be something different than everyone else. It’s a lot of Orecas and a Dallara mixed in there.

“It’s just fun to get to taste something else and get an opportunity with a new team that I know will have reliability and we can have a good run. It’s a good driver lineup so I think we will be strong.”

He’ll trade his Cadillac DPi.V-R for the global-spec Riley-Multimatic LMP2 car, which finished third in the hands of Visit Florida Racing at Daytona.

Taylor, who received permission from GM for the one-off race with Keating, said he’s excited for the opportunity to sample and provide feedback on another new-for-2017 prototype.

“I hope I can bring some experience from over here,” he said. “Obviously they have more P2 experience at Le Mans than I do running there the last couple of years, but these new P2 cars, it’s such a big jump from other years.

“I think it should be a good experience. I’m sure they’ll get up to speed quickly; Jeroen is awesome, so obviously he’ll have no problem. And Ben seems to make the most out of all of his opportunities as well.”

For Keating, who is set for his third consecutive Le Mans appearance and second in LMP2, the Texan said Taylor’s past prototype experience, and recent success factored into his decision.

“He’s an nice guy, which is one of the most important things from my standpoint. It’s a good working relationship.

Keating said his Riley-Gibson chassis is currently in build, with testing set to begin next month.

All three drivers had a seat fitting in a Riley tub on Thursday at Sebring, in preparation for a multi-day test at Road Atlanta.