AUSTIN, Texas (September 18, 2015) – –Ben Keating will start the No. 33 ViperExchange.com Riley Motorsports Dodge Viper GT3-R from the outside front row for the fourth time this season in Saturday’s Lone Star Le Mans in which he and co-driver Jeroen Bleekemolen will defend their 2014 race win at Circuit of the Americas. The string of second-place qualifying efforts are IMSA TUDOR Championship career-bests for Keating and somewhat of an uncanny streak. He has qualified second in four of the last five races in which time trials were held – qualifying was rained out at Watkins Glen in June – including three races in a row at Detroit, Lime Rock and Road America.

"Well, I don't think there is such a thing, but I think we surpassed the record for second-place qualifying,” Keating said. “P2 in qualifying but, hey, front row, I'll take it. I'm excited to be on the front row. We've got a lot of people coming in tomorrow and the race is a whole different ballgame.”

Texas heat and slick track conditions made qualifying a challenge for Keating and the competition. His top lap time of 2:11.658 (92.968 mph) was less than 4/10ths of a second behind Dion von Moltke’s pole-winning lap.

“What I was really blown away by is how fast the tires fell off,” Keating said. “I mean, I literally lost about a second per lap at the end. Low grip, cornering, braking, everything was a little bit worse. My opportunity was early on. I think everyone's opportunity was early on. I don't know if I had the ability to catch Dion or not, but if it was there, I missed my opportunity. Maybe everybody's tires will fall off and hopefully we're a little better with ours."

Keating will start the Lone Star Le Mans and hand off to Bleekemolen, who will race the ViperExchange.com No. 33 to the finish. He and Keating have found the Viper GT3-R more competitive at COTA than one race ago at Virginia International Raceway (VIR) where a smaller air restrictor kept the No. 33 well off the pace. IMSA regulations were adjusted after VIR to allow for a larger restrictor this weekend. 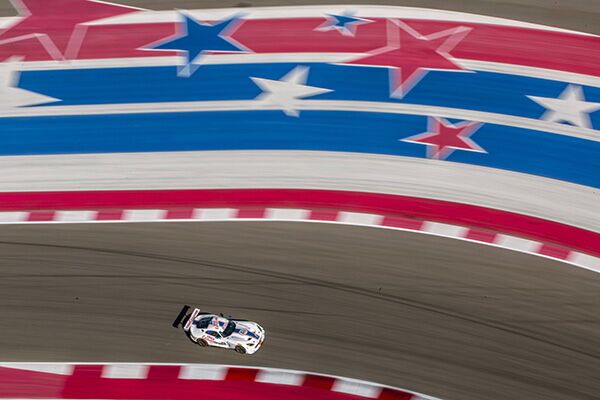 Official IMSA TUDOR Championship action gets underway today, Thursday, September 17, at COTA with morning and afternoon practice sessions. Friday features a third and final one-hour practice session at 9:10 a.m. CDT with GTD qualifying that afternoon at 3:45 p.m. CDT. Race-day Saturday starts with a 20-minute warm-up at 8 a.m. CDT before the 11:35 a.m. CDT start of the two-hour and 40-minute race.

It's a big difference,” Bleekemolen said. “At VIR we just had no chance to compete because we were so much down on the straightaways. They gave us back what we had before and now we are competing again. We got a bit more weight, so that doesn't help tire wear and obviously hurts the lap time a little bit, but overall we're quiet competitive. It's a good feeling because VIR wasn't nice and finally we're back to fight for the podium."

Keating, Bleekemolen and Viper Exchange – headquartered in Tomball, Texas in the greater Houston area – scored their second of two 2014 victories last year at Circuit of The Americas. Texas-native Keating, the principal of Viper Exchange, will be racing for his third-straight Circuit of The Americas victory tomorrow after first winning at the track in IMSA ALMS GTC competition in 2013.

- Typically hot Texas weather is expected for tomorrow’s race but that might give ViperExchange.com an advantage. Team partner TI Automotive has engineered an improved HVAC system for Viper GT3-Rs this year that is lighter and more efficient. "We have a good AC system in the car so it's actually not too bad in our car,” Bleekemolen said. “We're not complaining too much. Maybe it's a good thing it's so hot because others might struggle with their cars and we're not struggling with ours so for us it's okay."