SEBRING, Fla. (March 20, 2015) Shaking off any lingering memories of last year’s devastating fire, Jeroen Bleekemolen won the GT Daytona (GTD) class pole Friday in qualifying for tomorrow’s 12 Hours of Sebring Fueled by Fresh From Florida in the same No. 33 TI Automotive/ViperExchange.com/Riley Motorsports Dodge Viper GT3-R – chassis No. 001 – that exited the 2014 Sebring race after the opening-hour blaze.

Friday, Bleekemolen ran second for the majority of the 15-minute qualifying session but locked down the pole on his fifth and ultimately final flying lap. The pole was the first for the TI Automotive/ViperExchange.com team and the Viper GT3-R at Sebring and continued the momentum of the team’s season-opening victory with its sister No. 93 car at the Rolex 24 At Daytona in January.

“It’s great, all year the team has been running so well, obviously winning Daytona,” Bleekemolen said. “I was unfortunately in the other car that didn’t finish but we knew we were strong. We also knew the Alex Job Porsches were really strong here, they tested here and we heard about some lap times that were incredibly fast. It turned out to be a fight between me and them, but I tried everything and finally put a great lap together and just beat them by half-a-10th.”

Bleekemolen will co-drive the No. 33 in tomorrow’s race with his brother, Sebastiaan Bleekemolen, and usual full-season teammate, Ben Keating, who is racing both team Vipers for the second-straight race. 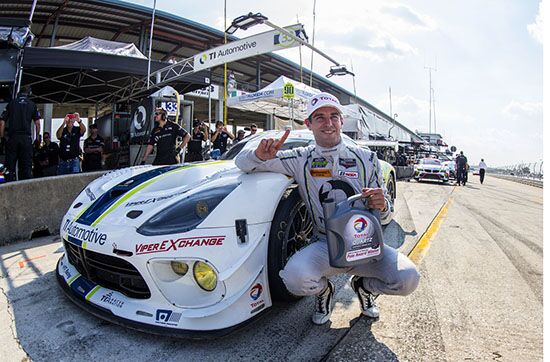 Keating qualified the Daytona-winning No. 93 TI Automotive/ViperExchange.com car on Friday and is also scheduled to be the starting driver in that Viper tomorrow. He will then likely run the balance of his remaining shifts in the No. 33.

“I qualified ninth but we are one of five cars right there all within a 10th of a second,” Keating said. “It is very tight but I am extremely excited and our cars are really good at this track. On the No. 33, we went out knowing we had a really good car but also knew it was going to be very close. Jeroen really pushed it to the total limit of the car, he said there was not a ton of grip, he was sliding around pretty hard and said this is as good as it gets for our car.”

Keating was uninjured in last year’s blaze, but the No. 33’s early exit didn’t give either Bleekemolen a chance to race. Both are eager to change that tomorrow.

“Our car is at least as good as last year, I didn’t get to actually race then, so I am pleased that I can join the team here again and I am looking forward to the race. The best thing for us in the 33 to forget Daytona is to win at Sebring, and it is always good to start from the pole position.” 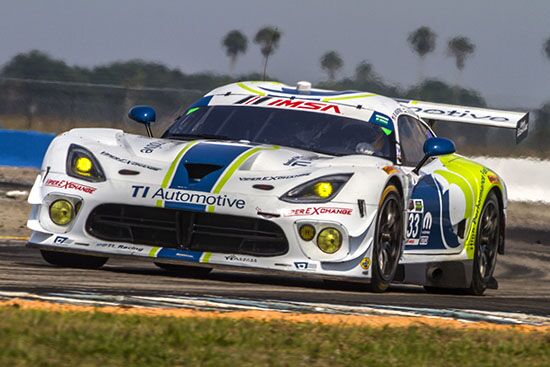 “When I came here the first time it was in a Riley & Scott Mk III, and it was with Bob and Bill Riley’s team,” Goossens said. “We got on the podium with Jim Matthews and Guy Smith scoring a third place behind the Champion Audi and a factory Audi. It was my first race with the Rileys and I look forward to adding a number of years with their team!”

The entirety of the Sebring race will air live tomorrow, Saturday, March 21, on FOX Sports networks and IMSA.com. The opening two hours will be on FOX Sports 1 at 10:30 a.m. EDT before FOX Sports 2 anchors the majority of the coverage from 12:30 p.m. to 7 p.m. EDT. FOX Sports 2 returns again for the finish and post-race coverage at 10 p.m. EDT after three hours of unrestricted live coverage on IMSA.com from 7 – 10 p.m. EDT. Finally, FOX Sports 1 will complete Sebring’s complete television lineup with a two-hour highlight show this Sunday, March 22, at 8 a.m. EDT.

The 63rd Annual 12 Hours of Sebring Fueled by Fresh From Florida starts with a 20-minute warm-up session tomorrow at 8 a.m. The featured 12-hour race is scheduled to go green at 10:40 a.m. EDT. 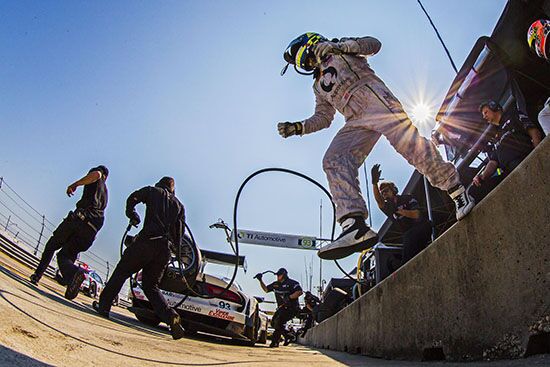