Season-Best Result for No. 33 ViperExchange.com Dodge Viper GT3-R to Start Second Half of 2015 IMSA TUDOR Championship 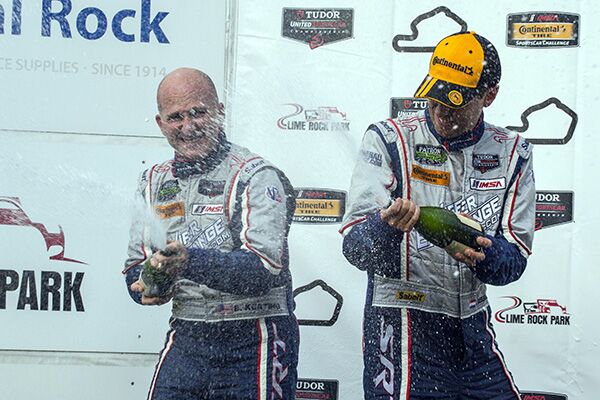 The result was the first podium of the season for Keating and Bleekemolen in the No. 33 and capped a competitive weekend that also saw Keating qualify a season-best second and lead Saturday’s race.

“Everybody did a great job,” Keating said. “Jeroen was really quick out there. This is one of those tracks where it's a bunch of right hand turns, and setup makes a huge difference. I really feel like we owe a lot to Bill Riley and our team engineer Tyler Hook. They really made the setup work. They learned a lot from when the GTLM cars raced here.”

The competition in the ultra-close GT Daytona (GTD) class out-paced the Viper in certain parts of the 1.5-mile, seven-turn Lime Rock track, the shortest circuit on the IMSA TUDOR Championship schedule.

“The other cars that we were racing against were quicker in places, but our guys had good notes and some competitive history here to call on,” Keating said. “We really did a lot of what I think is crazy stuff to do well on the right hand turns, and even asked if we could run both rear tires on the left-side of the car and the front tires on the right side. IMSA said no but it was thinking like that that kept us in the hunt all weekend.”

Keating didn’t let a pair of unnecessary bump-and-run contact incidents from Prototype Challenge (PC) cars in his race-opening stint stop him from racing to the lead. He and the team worked the No. 33 to the front and pitted under caution for Bleekemolen to take over.

“We gave it our all, we had a really good car, really good setup, so we maximized everything,” Bleekemolen said. “I think we had also the perfect strategy for where we are. We basically did everything right and still came home second, so it was a bit disappointing, but we can't blame ourselves. We did everything we could.”

The No. 33 took the checkered flag behind the race-winning BMW that paired unbelievable fuel economy with a class-leading pace that produced the fastest GTD race lap. 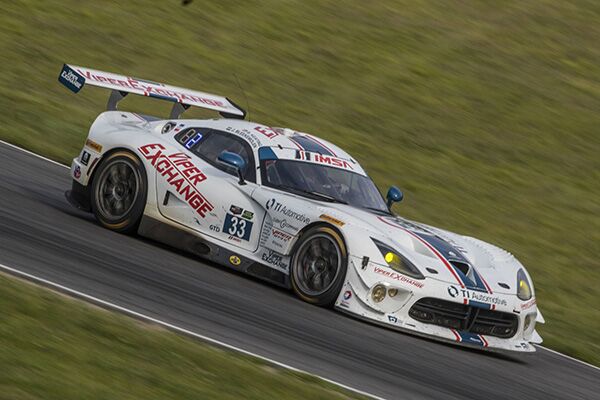 “I really don’t know how the BMW was able to stay out so much longer than us, stretch their fuel, and still be the fastest car,” Keating said. “They just beat us on fuel strategy, but we really thought they were going to have to come in again.”

The ViperExchange.com Riley Motorsports team earned a good result for the No. 33 team to kick-off the final five-race stretch of the season.

“The guys did a great job, we had great stops today,” said Riley Motorsports Team Director, Bill Riley “Tyler Hook decided to show up with more of an oval setup, we stuck to it and worked on it a bit and it turned out to be the way to go. It's a shame we didn't win today, because we had a really strong car, but the 97 car got us on fuel mileage. We'll just figure that out for the next time.”

Next up for ViperExchange.com is the Continental Tire Road Race Showcase at Road America, in Elkhart Lake, Wisconsin, August 7 – 9.