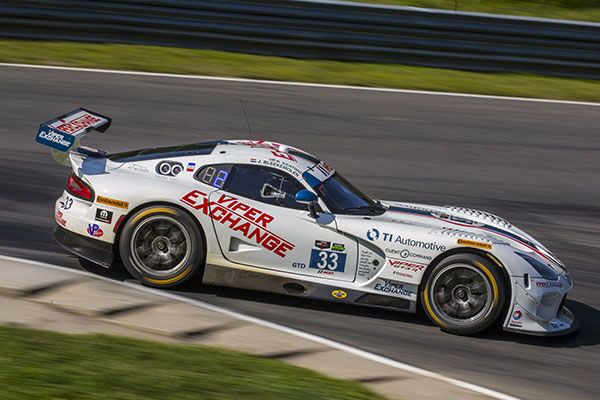 The Continental Tire Road Race Showcase airs live on FOX Sports 1 this Sunday, August 9, from 3 – 6 p.m. EDT. Live timing and scoring and IMSA Radio’s play-by-play is available during the race at IMSA.com, which is also scheduled to live-stream IMSA TUDOR Championship qualifying on Saturday, August 8, beginning at 3:30 p.m. EDT.

The ViperExchange.com/Riley Motorsports team managed to keep the GT3-R on a competitive pace all weekend at Lime Rock but a similar performance at Road America may literally be a heavier task.

“Lime Rock really suited our ability to set the car up better than our competitors,” Keating said. “The Riley team’s experience in GTLM really came into play. When we get to Road America, I expect some other cars that have been getting help via the "Balance of Performance" to shine through. Right now, the Viper is required to be 220 lbs. heavier than the next heaviest competitor and is 473 lbs. heavier than the Porsches in the field. This makes it tough.”

Lime Rock marked the beginning of the second half of this year’s 10-race IMSA TUDOR United SportsCar Championship GT Daytona (GTD) race schedule. Keating and Bleekemolen came on strong in the second half of last year’s season, winning two races in the No. 33 and scoring a third-place finish at Indianapolis.

“I hope after a good result in Lime Rock our luck has turned and we can fight for wins again in the next couple of races,” Bleekemolen said. “We will give it our all to be fast again and try to go one place better this time around!”

Road America is a favorite track for Keating and Bleekemolen, who co-drove to a fourth-place finish in the No. 33 last year at Road America. 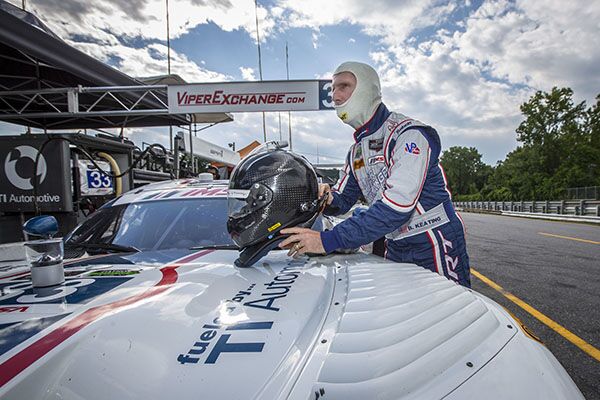 “I like this track a lot,” Keating said. “We can again use the engineering expertise of our team to gain a little advantage in a few spots, but it will be much harder at a big long track like Road America than it was at Lime Rock. I know that the Riley team is going to give us the best car they can, and the crew is really incredible on pit stops. We will try to rely on these factors a lot this weekend.”

Bleekemolen’s solid record of success at Road America will also help the team.

“Road America is my most successful track in North America,” Bleekemolen said. “I have already won there three times and taken more podiums besides that, so I hope we can add another win.”

A three-day event, with all four IMSA TUDOR Championship classes competing together after a pair of races apart in July, the Continental Tire Road Race Showcase schedule gets underway Friday, August 7, with opening practice at 12 p.m. CDT. Another one-hour practice session wraps Friday’s schedule that afternoon at 4:15 p.m. CDT.

Race-day Sunday begins with a 20-minute warm-up at 9 a.m. CDT before that afternoon’s featured Continental Tire Road Race Showcase, Round 7 of the 2015 IMSA TUDOR GTD Championship, which takes the green flag at 2:05 p.m. CDT, with live coverage on FOX Sports 1.

- A rainy race at Road America played a part in a strange DNF (Did Not Finish) for Keating in 2013 while racing a Porsche. “I have always loved Road America,” Keating said. “I don't have any huge memories there, but it is a track I enjoy. I ran here in 2013 with ALMS in GTC. It rained hard and we blew a water hose but couldn't tell. The team told me to keep going and we cooked the engine.”

- Bleekemolen’s best Road America victory – a great battle in 2011 with the late Sean Edwards – is now a treasured memory. “My coolest win was back in 2011 in ALMS GTC,” Bleekemolen said. “I went from third to first in the last lap of the race after a great fight with my friend, Sean Edwards, and even crossed the line with a left front puncture after contact!”

- As the longest track on the IMSA TUDOR Championship tour at four miles in length, many races have been lost at Road America after competitors run out of gas on the last lap. No such concerns exist in the ViperExchange.com/Riley Motorsports camp. “Strategy and fuel is always tricky, especially on a long track like Road America, but we know what we can do,” Bleekemolen said. “Our team always gets the maximum out of our strategy.”