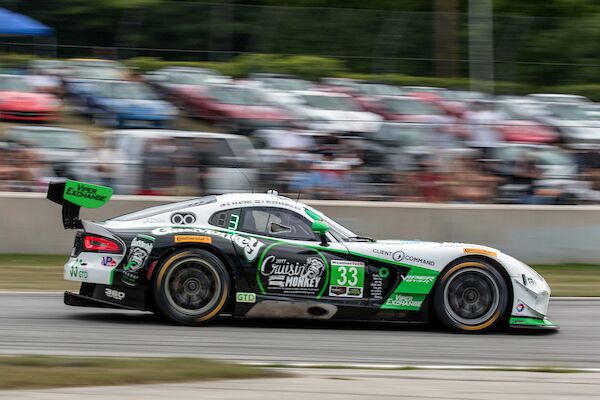 The first round of a critical three-race stretch run to close out the 2016 season, the Michelin GT Challenge at VIR can be seen live on FOX Sports 1 (@FS1) at 1:30 p.m. EDT this Sunday, August 28.

Keating, Bleekemolen and the No. 33 team’s repeat win at Road America on Sunday, August 7, was the second of the 2016 season for ViperExchange.com after first racing to victory at Detroit in early June.

A third 2016 victory at VIR on Sunday would be the most in the GT Daytona (GTD) class so far this season, and the first IMSA win on the Southern Virginia track for the No. 33 Dodge Viper GT3-R team.

“I love this place,” Keating said. “We won the Ultimate Track Car Challenge at VIR in 2014 and 2015 in the Viper, we know how to go fast around this track, but we have not performed well here in IMSA the past few years. This year, we have the most competitive car we’ve ever had for this race. I don’t expect us to be the fastest race car out there, but I expect us to be competitive. With the amazing job the Riley crew has done all year in the pits, anything is possible for a finish.”

Bleekemolen missed the 2014 VIR race while competing in Europe and joined Keating and the ViperExchange.com in persevering to a seventh-place finish last year at VIR after struggling at the time with some rules-mandated restrictions that didn’t favor the Viper.

“This is our best chance for sure at VIR,” Bleekemolen said. “The car isn't the fastest out there, but the team has always managed to get us up there. And you can be sure I will try hard again to stay where I am! Hopefully, we can repeat our form from the second half of the 2014 and 2015 seasons because that would put us right in the mix of the championship.” 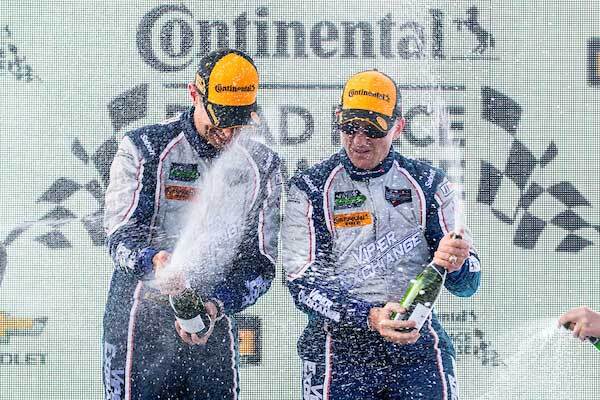 In addition to winning at Road America the last two seasons, Keating, Bleekemolan and ViperExchange.com are the two-time and defending GTD winners at the Lone Star Le Mans, the race that follows VIR next month at Circuit of The Americas (COTA).

This year’s success has moved Keating, Bleekemolen and the No. 33 team into contention for the GTD driver and team championships.

Both the drivers and No. 33 team come to VIR with 222 points, which is 10 points clear of the fourth-place team and drivers and just six points shy of the second-place No. 44 Audi team. The first-place No. 63 Ferrari squad has 243 points.

The top-three in points are the only GTD contenders to score two race wins this season, and a third ViperExchange.com win at VIR would lead the class so far this season and provide a major boost to the team’s championship pursuits.

“Regardless of the championship, we are going for wins at every race,” Keating said. “We can only control what we can control. The Ferrari has a big lead and they are going to run their own race. The only thing we can do is to try to win races. This is the last year for the Viper GT3-R and I want it to be the best. I would love to go out of the season with more wins. The championship would be nice, but at this point that is more up to the Ferrari than it is up to us.”

After consistently strong opening driving stints by Keating and rock-solid pit stops and strategy by Riley Motorsports, team closing-driver Bleekemolen has been in a position to take the No. 33 to victory in the last six-straight races. He has no plans of letting up at VIR.

“I want to win races, so that's what I'm going to push for,” Bleekemolen said. “We need strong results to be able to win this championship, so I'm going to give it all. Hopefully we can make up points to the leaders. As long as we do that, we will have a good fight for it at the Petit Le Mans finale.”

ViperExchange.com and its IMSA competitors will find a newly paved racing surface at VIR this weekend, the latest in a series of ongoing facility improvements at the track the last couple of years.

“Normally I would say that repaving is awesome,” Keating said. “However, we have found that our Viper GT3-R handles bumps better than a lot of our competition. Therefore, we want the bumpiest tracks possible. I think the repaving helps our competition more, but the added grip from the new pavement at Watkins Glen this season allowed us to really trim out our aero and increase our top speed at the end of the straight. My guess is that this will be our plan at VIR too as it has one of the longest straights we see.”

Keating and Bleekemolen will also see two less racing classes on track at VIR as the Michelin GT Challenge is the only event this year that does not include at least one of IMSA’s Prototype classes. 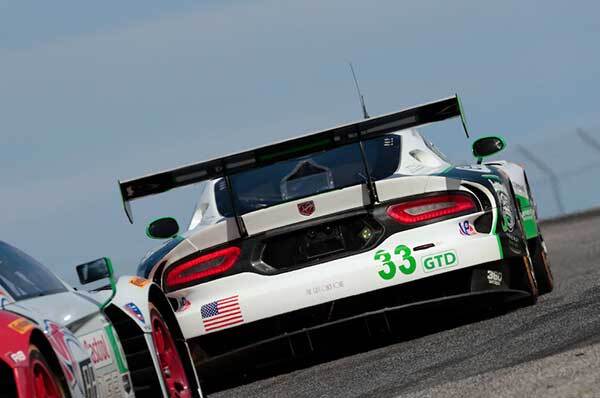 The GTD division will share the track only with the similar but slightly more powerful GT Le Mans (GTLM) class competitors.

“It's a little less stressful with traffic, although the difference between us and GTLM is pretty small,” Bleekemolen said. “So, even with just GTs it will be challenging not to lose too much time in traffic. You need to find the right way to cooperate with them.”

Keating likes the all-GT format and the chance to be able to look out the Viper’s windshield more and use the mirrors a little less.

“I love the GT only races but, in reality, it all depends on where you are in the race,” Keating said. “If you are stuck behind a slower car and having trouble getting around, then you really look forward to having other class traffic coming through to give possible opportunities. If you are in front and trying to stay there, then it is really nice to have less traffic and less opportunities for your day to be ruined. It is more of a challenge, but also a nice break from watching your rearview mirror as much.”

A three-day event weekend, The Michelin GT Challenge begins with one hour practice sessions Friday at 11:30 a.m. and 3:35 p.m. EDT.

A final one-hour practice goes down Saturday at 8 a.m. EDT before the 15-minute GTD qualifying session later that morning at 11:55 a.m. EDT.

Race-day Sunday starts with a 20-minute warmup at 8:05 a.m. EDT, and the featured Michelin GT Challenge is scheduled to start at 1:35 p.m. EDT for a two-hour and 40-minute race on the 3.27-mile VIR road course.

About Cruisin’ With The Monkey: Cruisin’ With The Monkey, March 19 – 26, 2017, is a trip throughout the Western Caribbean with Richard Rawlings, and some of his Monkeys from Gas Monkey Garage, aboard Holland America’s luxurious Nieuw Amsterdam. Setting sail from Fort Lauderdale the day after the 2017 running of the 12 Hours of Sebring, the high-seas adventure will also have winning Dodge Viper GT3-R race car driver Ben Keating and a few of his ViperExchange.com teammates onboard for the week-long party. Learn more and reserve your spot now at Cruisingwiththemonkey.com.