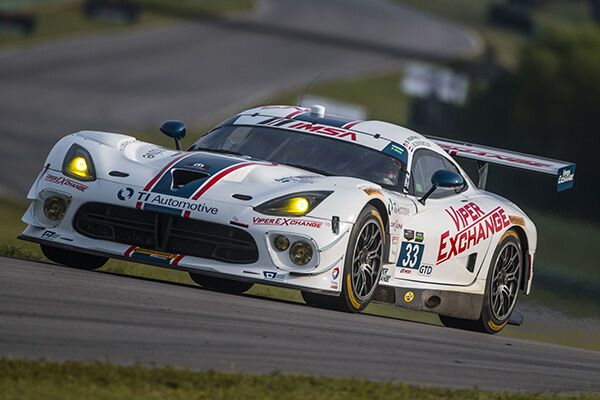 The race was the first one this season in which Keating, Bleekemolen and ViperExchange.com were not able to contend in the lead pack of the IMSA TUDOR United SportsCar Championship’s GT Daytona (GTD) class.

The Dodge Viper GT3-R was hit with three different IMSA "Balance of Performance" (BoP) technical restrictions following the No. 33’s team’s first win of the season two weeks ago at Road America. It showed Sunday at VIR.

“We had a good race,” Keating said. “We did what we could. I felt like I was able to run pretty well with the other silver-ranked drivers but I am pretty good at this track. We were somewhere around 10 miles per hour slow on the straights. Even if we have a car that does a decent lap time, the raceability of the car was a disaster. We would just get passed at the end of the straights.”

Bleekemolen took over from starting driver Keating early in the race’s second hour but never had a chance to crack the top five, let alone challenge for the victory.

“We had a pretty good race with the package we have right now but it’s frustrating losing out so much on the straightaways,” Bleekemolen said. “I gave it my all, tried to beat some other guys ahead of me but I just couldn’t get to them. A very tough day for us.”

Keating qualified and started fourth in the race but quickly realized in the opening laps the Viper’s newly-legislated lack of pace.

“Even in the beginning I got right on the tail of the 23 car but it is kind of pointless when he can drive right around you on the straights,” Keating said. “I hope IMSA can review the data, look over it and give us a car that is more raceable.” 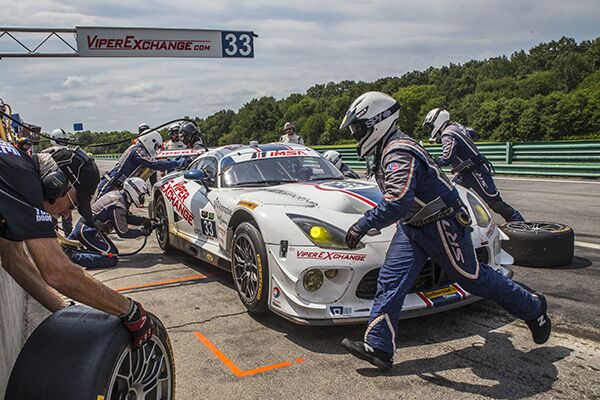 Bleekemolen, accustomed to battling for race wins in sports car races around the globe, had an uncharacteristically quiet race.

“With such a long lap and not a lot of cars, traffic really wasn’t an issue,” Bleekemolen said. “You were mainly on you own, I couldn’t fight with any of the other cars and I was at my maximum pace. There was nothing more we could do.”

The next race on the IMSA TUDOR Championship schedule is at Circuit of the Americas (COTA) in Keating’s home-state of Texas, September 17 - 19. He and Bleekemolen won the 2014 COTA race in the No. 33 Viper and would like a realistic chance of being able to defend the victory next month.

“It was a tough day,” Keating said. “Riley Technologies, Ben Keating, Jeroen Bleekemolen, we don’t come here to run in seventh, we feel like we have the best of everything but seventh place, 8/10ths off the leaders, it is just not us. We are here to race.”