Keating was running third after a great start and was just settling into the race on the second lap of the two-hour and 40-minute sprint. He was following the usual racing line on the fast, uphill run to Laguna Seca’s famous Corkscrew when he encountered a displaced storm-drain grate on the right side of the track. Keating couldn’t avoid the protruding piece of metal that was sticking straight up from the track and severely sheared the No. 33’s right-front nose section.

“We had a great car but, unfortunately, right at the exit of turn five on lap two, there was a drainage grate that popped up perpendicular to the track after the prototypes ran over it,” Keating said. “It sawed into our car. It literally looks like we ran it through a buzz saw.”

Keating maintained control of the Viper and made it back to the pits where the ViperExchange.com/Riley Motorsports team assessed the damage and began repairs. The front splitter and right-side suspension, shock absorber and bodywork were all severely damaged. 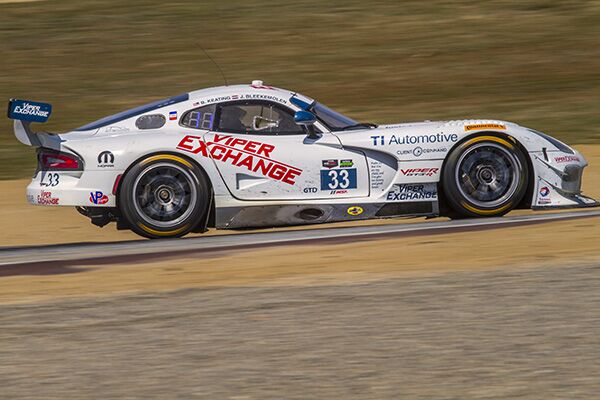 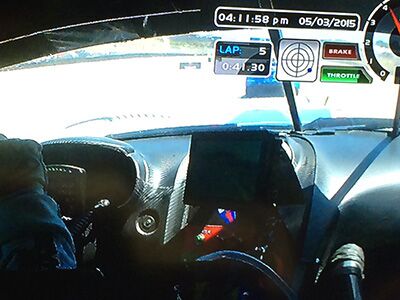 “The Riley Motorsports team did an amazing job,” Keating said. “We got the car back together within six minutes, went four laps down, but even after that we were able to run laps that were better than our qualifying time. That never happens. We felt like we had a really good car even after the damage and I can’t say enough about the Riley team.”

The Riley crew did perform typically strong in the face of the unforeseen situation that Team Director, Bill Riley, said was among the strangest that he has ever encountered.

“This is definitely one of the odder things that has happened to us on a race weekend, and one of the more scary things,” Riley said. “Luckily, Ben didn’t get hurt and we were able to fix the car and it was still competitive, but losing four laps in this series is almost impossible. We did get things going again, but it was just a real shame, a real strange occurrence. Maybe we are getting some of our bad luck out of the way before Le Mans. That’s what I am hoping.”

Keating, Bleekemolen, Marc Miller and Riley Motorsports are competing in next month’s 24 Hours of Le Mans in a GTE-Am class Dodge Viper GTS-R. Bleekemolen drove the No. 33 to the finish in the Monterey Grand Prix.
“When I got in the car wasn’t too bad but in the end we lost the rear diffuser, which was probably a result of the early damage.” Bleekemolen said. “Then the car was very oversteering and hard to drive. It felt OK for a while but it was hard to keep up with the GTD leaders.”
The bizarre incident also delivered a serious blow to the No. 33 team’s title chances in the IMSA TUDOR Championship team and driver championships.
“It really hurts for the championship,” Keating said. “It could have been a really good points day. Instead, we came in last, through no fault of our own, and that is a tough pill to swallow.”