ViperExchange.com Starts from Front Row Saturday at Circuit of The Americas

Ben Keating Rolls off from outside Pole in No. 33 ViperExchange.com Dodge Viper GT3-R after Jeroen Bleekemolen’s Strong Qualifying Run

AUSTIN, Texas (September 19, 2014) – The No. 33 ViperExchange.com Viper GT3-R of Ben Keating and Jeroen Bleekemolen will start tomorrow’s Lone Star Le Mans from the outside front-row after a strong, second-place qualifying run at Circuit of The Americas (COTA) on Friday.

The COTA event is a Saturday doubleheader with the World Endurance Championship (WEC) with the IMSA TUDOR United SportsCar Championship race scheduled to start at 11:35 a.m. CDT. Live coverage on FOX Sports 2 begins at 12:30 p.m. EDT/9:30 a.m. PDT with a two-hour rebroadcast of the race on FOX this Sunday, September 21, at various time slots throughout the country. Viewers can check local listings for air times.

Bleekemolen challenged for and at times held the pole throughout the timed 15-minute qualifying session and ultimately finished with a top lap of 2:08.814 (95.021 mph).

Keating is scheduled to start the race, the only event on the IMSA TUDOR Championship schedule in his home state of Texas.

“This is very exciting,” said Keating, who won in IMSA ALMS GTC competition at COTA last year. “I’m really happy to be on the front row because it’s easier to stay up front than to drive up front. I’ve got over 100 guests here – family, employees, friends and Viper clubs. I’m kind of on cloud nine at the moment. My motto for tomorrow is don’t screw it up”

The solid qualifying effort was the result of some hard work by the ViperExchange.com team after a shaky start to the weekend on Thursday. 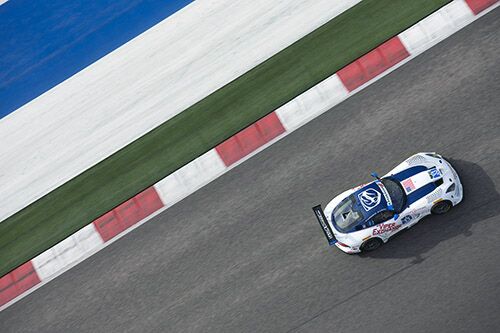 “We had struggled with our setup this whole weekend,” Keating said. “The track is really missing the grip this weekend. We came with what we thought was a car set up exactly right but we struggled. We didn’t think we had a second place in us, but we kept chipping away at it. Jeroen is really great at setup.”

Bleekemolen cracked the top 10 in Friday morning practice, the team found even more pace in the afternoon practice run and battled for the pole from the drop of the green flag in qualifying.

“We were struggling a bit in practice,” Bleekemolen said. “We worked our way up and finally caught up during the last session. I’m really happy because we got the maximum amount out of the car that we could. We should have a good chance tomorrow. We may make some small adjustments in the morning because it’s long distance but overall we should be good.”

“It’ll be tight for sure tomorrow,” Bleekemolen said. “I think there are five or six cars that could win, maybe even more. It should be a really good fight, especially since we’re one of the cars that can fight.” 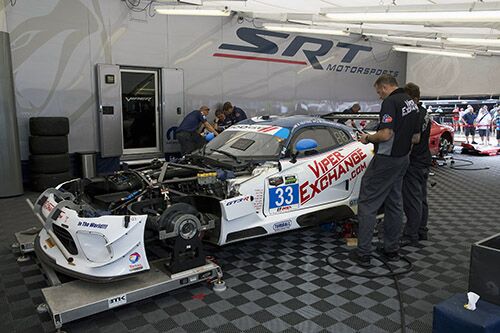