No. 33 Viper Exchange Viper GT3-R Team Gets Finish They Need But Not The Result They Wanted at Laguna Seca

MONTEREY, Calif. (May 5, 2014) – Ben Keating, Jeroen Bleekemolen and the No. 33 Viper Exchange Viper GT3-R team earned a race finish they needed but not the result they wanted Sunday in the IMSA TUDOR United SportsCar Championship Continental Tire Grand Prix of Monterey at Laguna Seca.

Just competing at Laguna Seca in itself was a triumph for the Viper Exchange team after a completely new car was unveiled this weekend after a devastating fire one race ago in the 12 Hours of Sebring. Keating was uninjured in the incident and joined the team in its determination to be race-ready for this weekend in Monterey.

The newly built Viper GT3-R was fast out-of-the-box, and after practicing second and Bleekemolen’s sixth-place qualifying run on Saturday, starting driver Keating ran with the lead pack from the race start. He was battling for top-five position in the early going when he inadvertently made contact with the eventual race-winning BMW Z4.

“The BMW got by me and was fighting it out with a Porsche in front of me,” Keating said. “Heading into Turn 11, the last turn before the straight, I saw the BMW go for the pass, I backed up and concentrated on getting a really good run through there because I knew side-by-side would slow them both down. I thought I might be able to set them up for a pass into Turn 2.

“What ended up happening was that the Porsche driver didn’t see that the BMW was passing him there, turned down on him, and here I come planning to get this great run down the straight. The BMW had to check up and I ran into the back of him.”

Keating was assessed a “stop plus-60” penalty for what was judged as an “avoidable contact” incident. The No. 33 was held in the pits for a full minute and the team fell over a lap down and out of contention for any type of positive race result.

Keating pitted soon after the penalty and Bleekemolen took over for a fast but mildly frustrating run to the checkered flag.

“Even a lap down, I was running with some of the good guys that were there in the end and we seemed to be quite competitive, so we can be happy with that,” Bleekemolen said. “We just need that one more lap I guess and we would have been fighting for a podium. The positive thing is there is always a next time. If we can build on this one and get everything together, we are definitely a team that people will notice.”

Next up for Viper Exchange and the IMSA TUDOR United SportsCar Championship’s GT Daytona (GTD) class is the fourth round of the year at the Raceway on Belle Isle Park in Detroit, May 30 – 31. 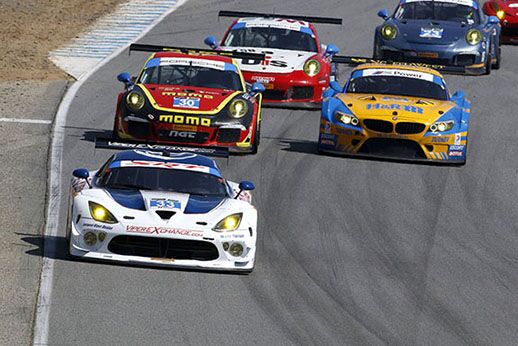 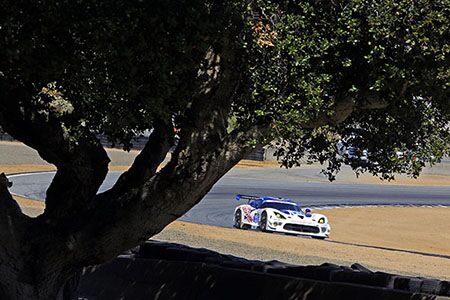