DETROIT (May 31, 2015) - Ben Keating, Jeroen Bleekemolen and ViperExchange.com quickly shifted their focus to the 24 Hours of Le Mans after a frustrating Sports Car Classic at the Detroit Grand Prix on Saturday. 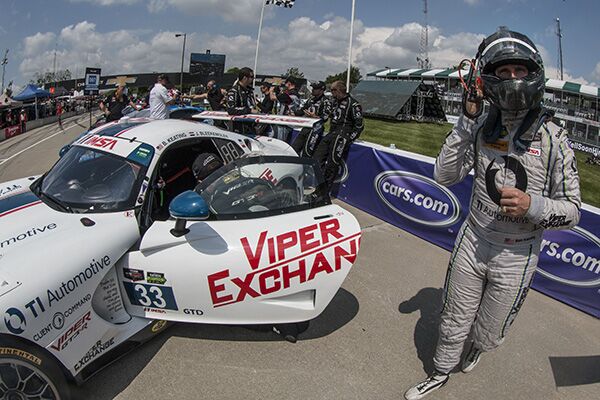 Team driver and ViperExchange.com principal, Ben Keating, was running in the top-three early in the race after a personal-best second-place qualifying effort in the No. 33 ViperExchange.com Viper GT3-R on Friday.

He had just set the fastest lap of the race for the second time on Lap 18, but the tight confines, traffic, and close nature of Detroit’s Belle Isle street course caught up with Keating a few laps later.

A faster Prototype edged inside Keating in a turn, putting him outside, off-line and allowing the competition to close from behind.

“I struggled to get through that turn and then the 58 Porsche was right on my butt and I was in the marbles up to Turn 6,” Keating said. “When I went to turn, the car went straight, it wasn’t going to turn. I almost got it there, it looked so close on TV, I really didn’t think it was that hard of a hit, but I guess the diffuser knocked the bottom of the oil tank out and it drained all of the oil out of the car.”

“It’s really disappointing,” Keating said. “We practiced our pit stops and probably would have made up positions in the pits, but we had a rough day. Obviously, not what we wanted and I am really disappointed in myself. I didn’t bring the car to Jeroen in one piece.” 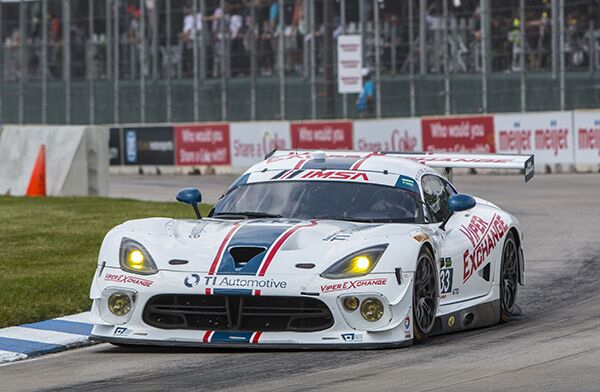 Despite the Detroit disappointment, Keating, Bleekemolen and several of their competitor friends immediately flew to France right after the race. A Sunday test at Circuit de la Sarthe will be in preparation for the 24 Hours of Le Mans, June 13 – 14, where Keating and Bleekemolen will co-drive the No. 53 ViperExchange.com/Riley Motorsports Dodge Viper GTS-R with Marc Miller.

“It is part of racing,” said Bleekemolen about the Detroit race. “I just had a similar experience two weeks ago. Luckily, we have another day in a car tomorrow to look forward to and can forget about today pretty quickly. Le Mans is such a nice event, a big race, for me it’s my favorite, it is the best race and it’s just great to be part of it again. To have this crazy schedule makes it even greater.”

Keating and Miller will be making their Le Mans debut with 2008 P2-class winner Bleekemolen, who is making his 10th start in the 24-hour French classic, as their co-driver and coach.

“They say misery loves company,” Keating said. “There are three cars worth of people on the plane with us to Le Mans and we all crashed today. It’s going to be a solemn trip over to France. Hopefully I get some good sleep. It looks like it may be a wet practice as well over there. This is a reminder that it doesn’t matter how fast I am. I have to bring the car back in one piece. I qualified well, but you can’t afford to make mistakes in any race, much less the 24 Hours of Le Mans.”