DETROIT (May 30, 2014)- In only the fourth qualification run in the history of the all-new Viper GT3-R, veteran driver Jeroen Bleekemolen set a blistering time for the No. 33 Viper Exchange machine to qualify second in the IMSA TUDOR United SportsCar Championship’s GTD category for tomorrow’s Detroit Grand Prix.

“It’s great to start at the front, it’s important in a short race like this, especially at a street course,” Bleekemolen said. “On the other hand, I expect it’s going to be a tough race tomorrow. The balance-of-performance restricts us to have a low top speed, but we have a very well handling car, and we’ll have to fight hard to keep it where we are.”

During the 15-minute qualifying, Bleekemolen, hailing from the Netherlands, immediately went to work to make the most of the short session. With the temporary street course in Detroit’s scenic Belle Isle Park gaining speed with every lap, Bleekemolen never lost sight of the top three, however with his competitors continually throwing down fastest lap after fastest lap, it would take his eighth tour with a time of 1:33.192 (90.780 mph) to lock the car in to the front row.

Running for 100 minutes, the shortest distance of any event this year, Viper Exchange’s front-row position will put them in a prime position at a circuit which is already notorious for difficult passing.

For co-driver Ben Keating, who will start the race, the team’s track position will be key.

“It’s an incredibly tough track to pass, so it will make a huge difference to start up front,” Keating said. “Realistically, to have a shot at a podium here, you need to be in the top half for sure. Quite frankly, second is more than we expected based on our practice times, and it’s great. The car was built right here in Detroit, so to be on the front row in the home town is a big deal.”

Tomorrow’s race-day begins with a 20-minute warm-up at 8 a.m. with race television coverage on Fox Sports 1 at 1:30PM ET. 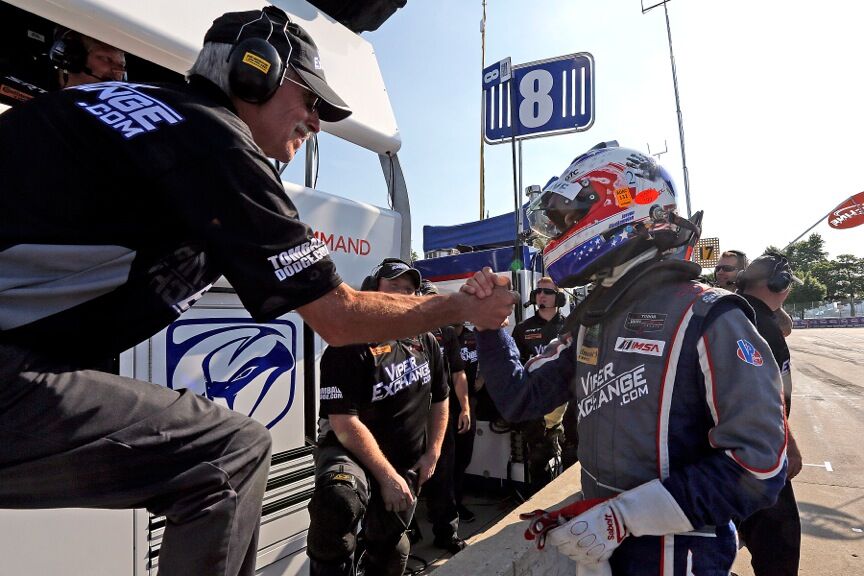 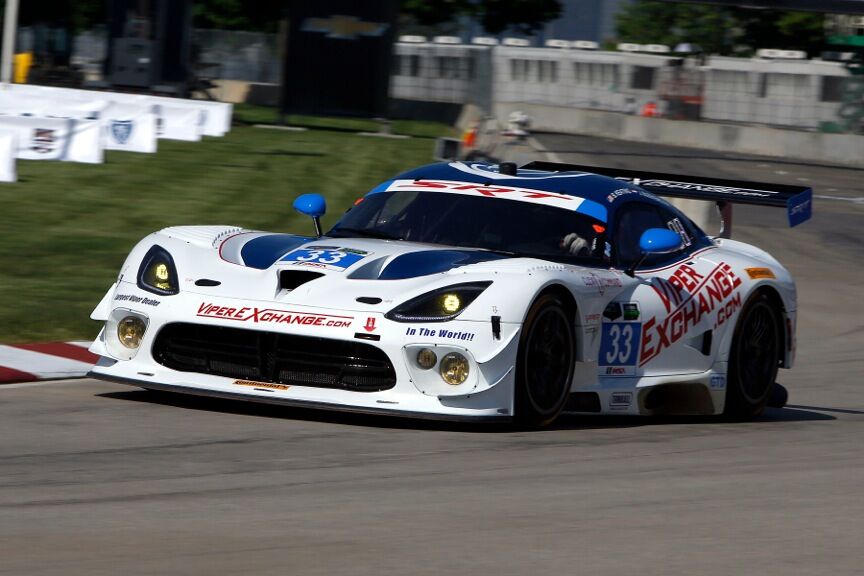