MONTEREY, Calif. (May 2, 2014) – Ben Keating and co-driver Jeroen Bleekemolen will be behind the wheel of a new but familiar No. 33 Viper Exchange Viper GT3-R at this weekend’s Continental Tire Grand Prix of Monterey, May 3 – 4, following a devastating fire in the first hour of the 12 Hours of Sebring one race ago that nearly destroyed the team’s original Viper GT3-R chassis No. 1.

Sunday’s race, the first of an IMSA TUDOR United SportsCar Championship doubleheader and the third GT Daytona (GTD) round of the season, starts at 10:15 a.m. PDT with live coverage on FOX Sports 1 beginning at 1 p.m. EDT/10 a.m. PDT. The two-hour sprint will be for GTD division cars like the Viper Exchange Viper GT3-R that will share the track with the Prototype Challenge (PC) class. The day’s second two-hour will be for the Prototype and GT Le Mans (GTLM) classes and can be seen live on FOX Sports 1 at 5 p.m. EDT/2 p.m. PDT.

Keating, who raced in third place for the majority of Sebring's opening hour, escaped uninjured when the No. 33 erupted in flames just after the team’s first and ultimately only pit stop of the race. The Viper Exchange/Riley Technologies team later learned that the Viper’s drive shaft had disconnected from the rear axle and likely severed a fuel line as it battered around, still connected to the engine, in the drive shaft tunnel.

The fire initially looked severe but some quick action by Keating and the attending safety personnel extinguished the blaze before the Viper was a total loss. Riley Technologies assessed the damage in the days following the incident back at the team shop in North Carolina.

“For the most part, all news was good news,” Keating said. “There is nothing more damaging to a car than fire. I would rather have a big crash as compared to a fire. However, when Riley got everything back to the shop we learned that the fire never got that hot. Basically, everything metal was OK and everything plastic was not, but it was a big job to rebuild the car. Riley deserves huge credit. Luckily we had almost everything needed as part of our spares package.”

Among the spares on the ready was Viper GT3-R chassis No. 4 that Riley’s team back at the race shop had ironically finished the Friday of Sebring race weekend. A tear-down of the burned car in the week following the accident happily revealed that chassis No. 1 was far from damaged beyond repair, but the decision was quickly made to base the rebuild around the newer No. 4 chassis. 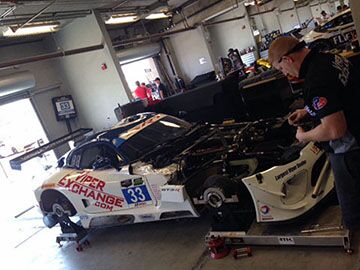 “It took about a week and a half to strip it all the way down and get the chassis cleaned up and ready to go out and get blasted,” said Bill Riley, Vice President and Chief Engineer of Riley Technologies. “Meanwhile, the other mechanics were putting together the new car which just happened to be in the assembly shop and ready to go. It was just a bare chassis, but it had just been painted and was completed that Friday, so the day before we had the fire there was a new chassis sitting in the shop.”

Riley in turn gave Keating credit for smartly investing in some early-season parts inventory, another move that eased the build process.

“Ben stocked up pretty heavily on spares to start the season off so we kind of dug into those quite a bit,” Riley said. “We wanted to make this the most affordable transition that we could but now we are going to have to go back, reassess what our spare parts levels are and see how we want to rebuild going forward.”

Among any restocked spare parts inventory will likely be chassis No. 1 itself and some other refurbished parts from the Sebring race car. The engine was rebuilt, fitted with a new wiring harness and, along with the transmission and rear end, is on hand this weekend at Laguna Seca as usable spares.

“Most all of the bodywork was destroyed, of course, but a lot of the suspension components we were able to salvage and use in the build,” Viper Exchange Team Manager Greg Jones said. “We had the time between Monterey and Sebring to get the car built but I think the first time it really looked like a car was around the 16th or 17th of April. These cars kind of look like Skeletor without the body on them, it is hard to track the progress by a quick look, but this is a fresh chassis so there was a lot to be done from the ground up. It’s a new car.”

Familiar Riley Technologies test driver Tony Ave successfully shook down the new No. 33 on April 22 on the Kershaw road course in North Carolina and the team packed the car up shortly thereafter for the trip to Monterey.

This weekend’s race can’t come soon enough for Keating who stays busy on a daily basis as the principal of the world’s largest Viper retailer through his Viper Exchange network of dealerships. 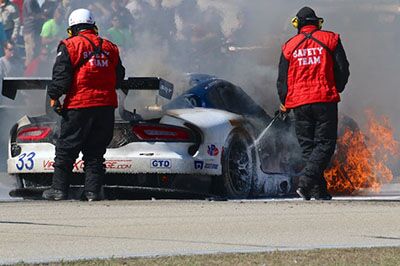 “I can't be away from work long enough to go out and do some driving outside of our IMSA TUDOR GTD program and the long break has me ‘Jonesing’ for some track time,” Keating said. “It’s killing me! I look at the fact that we only have two short practice sessions before the race, and know that we have a ton of set up work to be done on our fresh car, so I worry that I still won't get my fix with such a short race. Needless to say, I am extremely ready to get back in the car.”

Bleekemolen is looking forward to getting the Viper Exchange team back on track and the annual visit to Laguna Seca.

“It's great to go back racing,” Bleekemolen said. “We have had a difficult start of the season so I'm really looking forward to showing the potential of our car and team. Riley has built us a great car, we have just been unlucky so far, but I'm very positive about this weekend. I have always loved going to Laguna Seca. The whole track is pretty amazing and, of course, the Corkscrew is most famous and very special, but also after the start-finish straight there is some big elevation. It's just great to be running here again.”

A two-day event, the Continental Tire Grand Prix of Monterey begins with practice and qualifying on Saturday. Race-day Sunday starts with a 20-minute warm-up at 8 a.m. PDT for all IMSA TUDOR classes before the 10:15 a.m. PDT race start for the GTD/PC race. 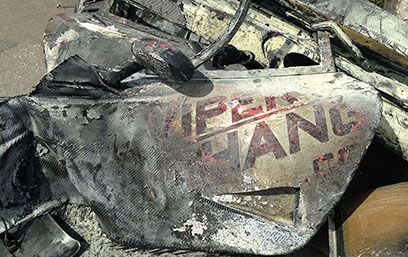