No. 33 Viper Exchange Team to Debut Viper GT3-R in the 12 Hours of Sebring

SEBRING, Fla. (March 12, 2014) – Ben Keating and the No. 33 Viper Exchange team, which includes Dutch racing brothers Jeroen and Sebastiaan Bleekemolen, will be looking for the GT Daytona (GTD) class victory in Saturday’s Mobil 1 Twelve Hours of Sebring in what will be just the second race start for the all-new Vipers GT3-R.

Keating, a two-time National Viper Cup Champion, is also the principal of the world’s largest Viper retailer through his Viper Exchange network of dealerships.

“I believe Sebring is going to suit our car much better than Daytona,” Keating said. “My expectation is higher but I have a hard time telling the difference between excitement and anxiety. I think they both register as stress for me! With 17 turns, I think Sebring is more challenging to stay out of trouble with the other classes, but we are focused on having a clean race and hope to bring it in up front in GTD. I believe we have the car, the team, and the drivers who can win this race.”

The Bleekemolen brothers are from one of the top racing families in Holland.

“This is one of the biggest races in the world,” Jeroen Bleekemolen said. “A win here means a lot. Sebring has so much history and it's great we have the chance to be part of that. Our class is very strong, so whoever comes out on top, it will be a great achievement for anyone.”

Both Bleekemolens have Sebring wins in the former ALMS GT Challenge (GTC) class that has basically been meshed into the new IMSA GTD class this season.

“I was on the podium twice already at Sebring in the GTC class,” Sebastiaan Bleekemolen said. “Although these races were not easy, the GTD class will be even more difficult. It would be a great honor to win this race with the high level of drivers, teams and cars. It’s always hard to say, but if I look to the results of the recent test, I’m confident that we will be fast.” 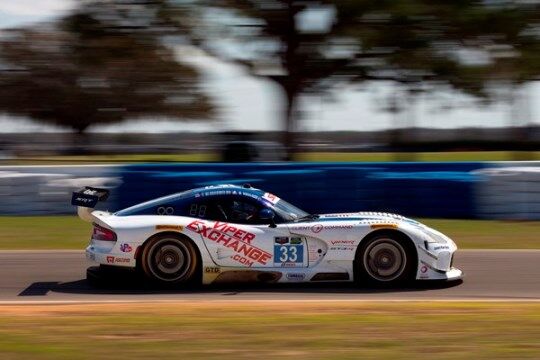 Jeroen Bleekemolen is the reigning GTC Sebring race winner while his older brother took the honor in 2011.

“I believe we have a shot at the win,” said Jeroen Bleekemolen, which would be his third in a row at Sebring. “The team has done an amazing job to build the car, make it competitive and reliable. The IMSA Balance of Performance (BoP) didn't work in our favor at Daytona but adjustments have been made and we should be much stronger. We had a really good test. We did many laps, had the chance to work on the car and improved a lot. In a 12 hour race at Sebring anything can happen, but I think we are ready!”

The Mobil1 Twelve Hours of Sebring can be seen live on FOX Sports 1 and www.IMSA.com. Prior to the start of the race, www.IMSA.com will feature two pre-race shows

The first, "Through the Driver's Eyes, Driven by Continental Tire," a 45-minute program narrated by former Indianapolis 500 champion Dario Franchitti, provides a unique, behind-the-scenes look at many top IMSA drivers and teams.

Following "Through the Driver's Eyes, Driven by Continental Tire," www.IMSA.com will feature a live pre-race show from the Sebring grid hosted by popular commentator Justin Bell. The show will include driver interviews and pre-race activities as teams make their final preparations for the grueling 12-hour battle.