Keating, Bleekemolen, Miller and Team Personnel in France or Arrive This Weekend for 83rd Running of Le Mans Classic

Le MANS, France (June 6, 2015) – Team drivers Ben Keating, Jeroen Bleekemolen and Marc Miller have arrived in France in preparation for next weekend’s 83rd running of the 24 Hours of Le Mans in which the trio will co-drive the No. 53 ViperExchange.com/Riley Motorsports Dodge Viper GTS-R in the GTE-Am division. 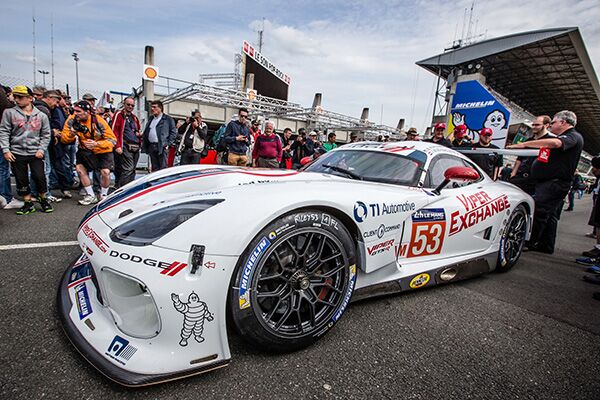 Returning to Le Mans less than a week after participating in last Sunday’s annual Le Mans Pre-Test, Keating, Bleekemolen and Miller are reuniting with a roster of Riley Motorsports teammates and support personnel that will be nearly complete by the end of the weekend.

Sunday’s test, which was productive but a bit challenging due to mixed weather conditions, marked the Le Mans debut for both Keating and Miller.

“The weather was tough, I did not get any dry laps, so I still have a lot to learn during race week,” Keating said. “I expect to see big gains from additional track time, but I got valuable time in wet conditions at the test and that could be great for the race.”

Bleekemolen is preparing for his 10th Le Mans start but first in a Viper. He co-drove to a P2-class victory in the 2008 running of the 24 hour classic.

“It was a very positive test,” Bleekemolen said. “It was hard because of all the changing weather conditions, but we could do many laps and learned a lot. The main goal of the day was to get the 10 mandatory laps for Ben and Marc in, which we did. After that, we could work on the car and try things both in the wet and dry.”

All three drivers will be racing a Viper GTS-R for the first time, but Keating and Bleekemolen have years of winning experience in other top-tier Viper race cars. The teammates currently race a ViperExchange.com/Riley Motorsports Viper GT3-R in the U.S. based IMSA TUDOR United SportsCar Championship and earned a pair of victories in that series’ GT Daytona (GTD) class last year. Keating was also a co-driver in this year’s season-opening GTD-winning Viper at the Rolex 24 At Daytona.

“I still have a ton to learn in the Viper GTS-R,” Keating said. “It is very different than our GTD car. I think it will come during race week, and I also think I will continue to get better and better during the race.” 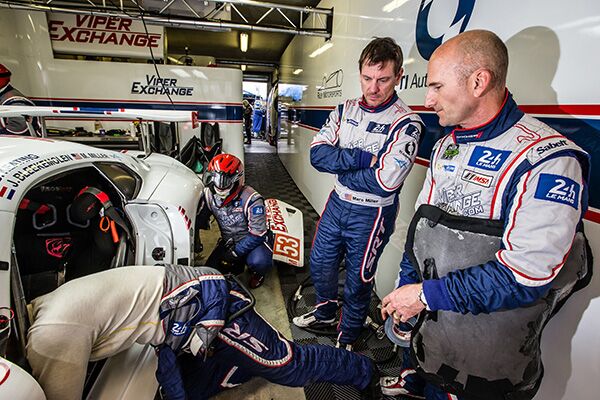 Miller ran his first race in a Viper GT3-R last month at Laguna Seca in California, qualifying second and leading more than a dozen laps at the start of the race. Le Mans was another new challenge that Miller met with initial success.

“My first laps at Le Mans went smoothly,” Miller said. “I believe both the team and the officials did an incredible job of preparing me so that even on my first laps I didn't feel lost out there on a legendary eight-plus mile circuit. I was able to get my mandatory laps in without any drama and got comfortable in the car quickly, even in mixed conditions.”

“I like the car,” Bleekemolen said. “It's very different to the GTD car, as the regulations and tires are different, but as the team proved last year winning the championship, it is a great car.”

Miller welcomed the opportunity to get some additional time behind the wheel of the GTS-R after completing his mandatory laps, even if it was in the wet.

“I was especially happy to have had the chance to go back out in wet conditions since that is likely something that might happen during our race,” Miller said. “Having that experience in damp and wet conditions will be invaluable.

The official on-track schedule for the 83rd 24 Hours of Le Mans begins Wednesday and Thursday with a pair of late-afternoon into-evening practice and qualifying sessions.