ViperExchange.com and TI Automotive Return to Two Car Viper GT3-R Team for the Sahlen’s Six Hours of The Glen

WATKINS GLEN, N.Y. (June 25, 2015)– The ViperExchange.com/TI Automotive/Riley Motorsports team returns to a two-car operation for this weekend’s Sahlen’s Six Hours of The Glen, June 26 – 28, where both GT Daytona (GTD) Dodge Viper GT3-Rs will carry a red, white and blue paint scheme nearly identical to the livery the team ran at the 24 Hours of Le Mans just two weeks ago. 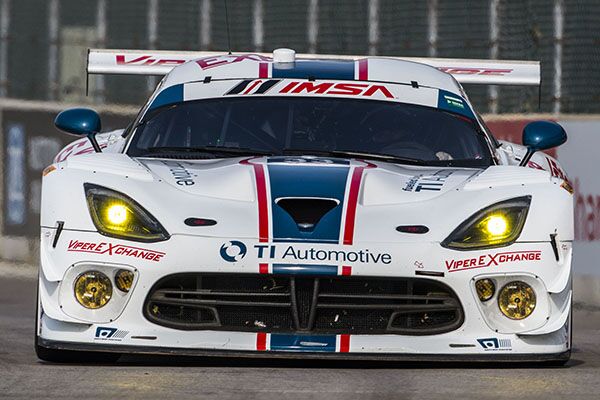 Ben Keating and Jeroen Bleekemolen, who co-drove at Le Mans with Marc Miller, return to their usual No. 33 ViperExchange.com /TI Automotive Dodge Viper GT3-R this weekend at The Glen. They will be joined by the sister No. 93 ViperExchange.com/TI Automotive Dodge Viper GT3-R that will be co-driven by Tequila Patrón North American Endurance Cup GTD point leaders, Al Carter and Cameron Lawrence, and their teammate, Marc Goossens.

The No. 33 first raced with the patriotic paint scheme in the last two IMSA TUDOR Championship races at Laguna Seca and Detroit, but the team’s similarly adorned No. 53 Viper GTS-R campaigned at Le Mans took the red, white and blue to a global level. The team, car and colors proved popular to race fans at Le Mans and to the fervent “Viper Nation” followers around the world. The decision to continue the theme on both GTD Vipers this weekend at Watkins Glen was a no brainer.

“Le Mans 2015 was truly a great experience for the entire team, and many of them experienced it for the first time,” said Al Deane, TI Automotive Chief Technology Officer. “There was great support in France for the team and the Viper, but we also saw a tremendous amount of support on social media from the fans back here in North America. Our red, white and blue colors are a great way for us to share the Le Mans livery with the Viper fans back here at home this weekend at The Glen.”

TI Automotive is in the first year of a technical partnership with both ViperExchange.com and Riley Technologies, which built and continues to develop the Viper GT3-R with its affiliated Riley Motorsports entity.

The new partnership came home a winner its first time out when the No. 93 team scored the GTD victory in the season-opening Rolex 24 At Daytona with Keating, Carter and Lawrence co-driving with Kuno Wittmer and Dominik Farnbacher. Keating, Carter, Lawrence and Goossens then teamed up for a fourth-place finish in the 12 Hours of Sebring to give the No. 93 squad the Tequila Patrón NAEC lead coming to The Glen.

The real victory in the partnership, however, is in the performance advances the team has realized using TI Automotive systems and technical components on the Viper race cars. 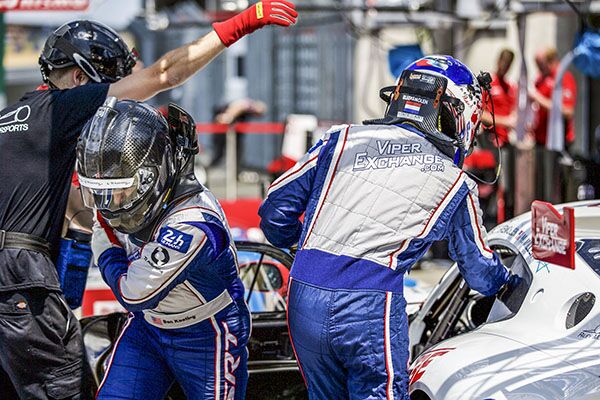 “Our partnership with TI Automotive has brought so much to the table in engineering and technical development on the areas where they are experts,” Keating said. “Anything dealing with fluid on a car – fuel systems, brake systems, cooling systems, HVAC systems – they are the experts. It has been awesome to work side by side with TI Automotive as we have made each system more efficient and more effective. The improvements may be small, but in this business, every little bit counts, they all add up, and, on top of it all, everything works better.”

Keating and Bleekemolen co-drove to a pair of GTD victories last year and come to The Glen looking for a return to those winning ways. The No. 33 team and drivers have been competitive in each of the year’s first four races but have been struck by bad luck each time out. A competitive run at Le Mans also ended just over an hour from the finish with a broken transmission.

“I'm really looking forward to The Glen,” Bleekemolen said. “To begin with, it's a great track. You really need to have courage to be fast there. After Le Mans, it's great to get back together with the team. Although we didn't finish during the 24 hours we proved we were front runners all race long. Let's hope the bad luck this year is out of the way and we can get this one. It would be great to get a nice result this weekend, that's what everyone deserves.”

The No. 93 Viper, and Carter and Lawrence, lead the respective Tequila Patrón NAEC GT team and driver standings by three points, 27 – 24, over the nearest challenger.

“It's time for round three of the Tequila Patrón North American Endurance Cup at Watkins Glen,” Carter said. “After winning at Daytona and a strong run at Sebring, Cameron Lawrence and I are currently leading in the championship points. Patrón points are scored at the halfway point of this race, as well as, the finish. That means our No. 93 Viper will be doing nothing but hustling from the drop of the green flag. I can’t wait.”

Lawrence was among the supporters back home cheering for his teammates at Le Mans.

“Running the cars in the red, white, and blue livery is certainly an exciting thing,” Lawrence said. “Having great national pride, and seeing the car and team represent so well at Le Mans, makes it really cool for me to represent the Viper Nation and the USA at such a great venue like Watkins Glen. I've been out of the Viper for what feels like forever now, so to get to hop back in the car at such a great track is something I have been looking forward to since Sebring.” 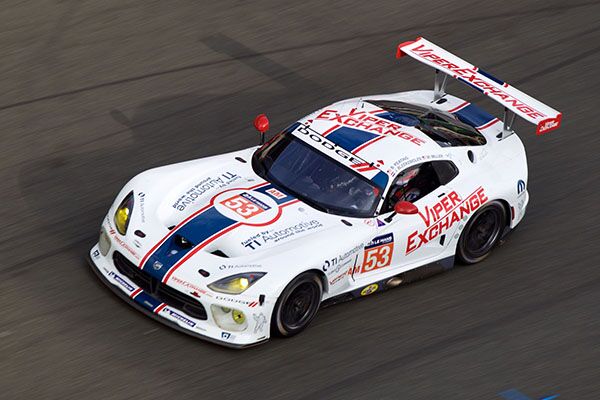 Goossens began the year in the No. 33 at Daytona before switching to the No. 93 at Sebring, and for this weekend.

“It's great to be back at The Glen, one of the old school tracks with lots of history,” Goossens said. “In recent years we had a pretty good car here in GTLM so I can't see any reason for Riley Motorsports to not be competitive with the Viper GT3-R. We need a good solid result for Al and Cameron to stay in the hunt for NAEC honors."

A three-day event, the Sahlen’s Six Hours of The Glen schedule begins tomorrow, Friday, June 26, with morning and afternoon practice sessions. Final practice on Saturday, June 27, in the morning set the stage for GTD qualifying that afternoon from 3:40 – 3:55 p.m. EDT. Race-day Sunday, June 28, begins with a 20 minutes warm-up session at 8 a.m. EDT before the scheduled start of the Sahlen’s Six Hours of The Glen at 10:10 a.m. EDT.

- Keating is excited about coming back to The Glen and his chances in the NAEC. He and Bleekemolen, and the No. 33 Viper, are tied for third in the driver and team standings with 19 points. “I love The Glen,” Keating said. “I won the Championship in the Dodge Viper Cup series in 2012 at The Glen. I also won a PCA weekend at The Glen in 2012. Great track and great memories. This time it is the third event in the North American Endurance Cup. Jeroen and I are currently sitting in third place in NAEC points, and I really want to make up some ground on the leaders.”

- Goossens is the most experienced of the team’s drivers at Watkins Glen. "I've had multiple experiences at Watkins Glen in different categories, going from Daytona Prototypes to GTLM and NASCAR's Cup Series,” Goossens said. “One thing is for sure, the track is not very forgiving, so keeping all wheels on track for six hours is crucial! That combined with a fast comfortable car will help us take the trophy home. I have all the confidence in my teammates and the crew!"

- Lawrence scored a Trans Am series victory at The Glen in 2013. “Watkins Glen has been an up and down track for me luck wise, but I have always run well there and have always had a positive experience,” Lawrence said. “I've gone from leading my first ever race at The Glen to out after a mechanical failure, and then back the year after and winning. Obviously, the pressure is on for us to perform well, so I'm hoping to help the team out any way I can.”