haking off an up-and-down start to the 2014 season, Keating, Bleekemolen and the Riley Technologies-run Viper GT3-R team won its first race from the pole at the Canadian Tire “Mosport” road course two weekends ago. The victory erased any lasting memories of a devastating fire in the second race of the year at Sebring in March and served as an indicator that the Viper Exchange team may have finally made up for the ground lost in the aftermath of that blaze.

“We had a really good car going into Sebring before it all burned up,” Keating said. “After Sebring, we were pretty well starting over again from a setup standpoint. So in all the practice and stuff, we were close but really not exactly there. Really, every race we have done since then has got us a little closer, seeing what works and what doesn’t, and we feel like we are making our car better and better and better.”

The No. 33 Viper GT3-R proved to be a good fit for the high-speed Mosport track. Bleekemolen won the pole in Saturday qualifying and race-starting driver Keating led twice in his opening stint. Bleekemolen took over for the second half of the race and made the winning pass just under two laps from the finish.

“Mosport was probably one of the best tracks on the calendar for us,” Bleekemolen said. “Indy will be harder, but we should be pretty strong again. We are lucky we will run a chicane now instead of Turn 1 of the oval. In that chicane we will make up time, where we would have lost time otherwise on the oval and into the straight. The GTD class is so competitive that you never know before you actually drive if you can win, but we will certainly try hard.” 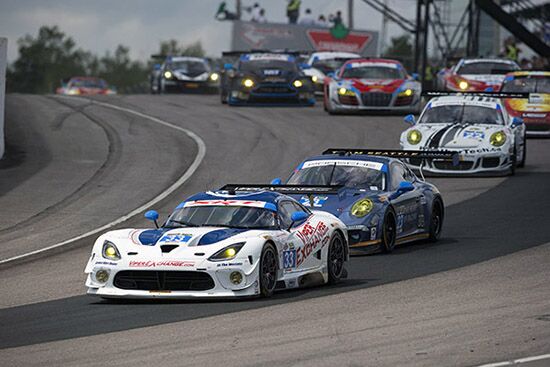 The Indy road course configuration runs counter-course to the historic 2.5-mile oval used for the Indianapolis 500 and Brickyard 400. The layout used the last two years has been modified slightly for Friday’s IMSA TUDOR Championship race. Instead of making the high-speed run through the oval’s traditional Turn 1 that actually completes the 2.435-mile speedway road course lap, the track has been altered to include a slower chicane portion.

“The track has changed and to me I think it is changed to our advantage,” Keating said. “We are not going to be around the banking as long as we would have in the old configuration. The new layout is more raceable, it makes for more interesting racing, more interesting television. We won’t be on the banking as long so being down on top speed will not hurt us as much.”

Keating and Bleekemolen are one of the few duos in either IMSA TUDOR Championship GT division that has both drivers experienced on the Indianapolis road course.

“I have only raced there once, back in 2005,” Bleekemolen said. “I have great memories from that race. I raced in Porsche Supercup and it was my first race ever in a Porsche. Normally new drivers take a while in Supercup to do well, but I took a podium that weekend and it really helped my career. A podium at Indy is always going to be special.”

Keating was a competitor in the first headline sports car race at Indy in 2012, the inaugural Brickyard Grand Prix.

“I am really excited to go back to Indy,” Keating said. “It’s an iconic track obviously. I raced there in GRAND-AM in a Porsche in 2012 and it was great fun. I ran with Joerg Bergmeister, it rained, and he did an epic job on the rain, passing prototypes.”

-Keating and the Viper Exchange/Riley Technologies crew didn’t rest for long after the breakout Mosport victory. They brought the No. 33 to the Grassroots Motorsports Magazine Ultimate Track Car Challenge the following Friday at Virginia International Raceway and walked away with the overall champion’s trophy with the fastest lap of the day. Keating’s winning lap time of 1:45.394 would have earned the pole position at last year’s American Le Mans Series race at VIR.

“This event has just a totally different feeling than all of the big-time stress of a race weekend,” Keating said. “It is just a bunch of great guys wanting to go out and have fun. It’s a run-what-you-brung kind of a deal and it was a total blast.”

A total open competition, Riley Technologies pulled out the stops on the No. 33 to take the victory.

We really tried to go back to the GT3-spec car that it started life as,” Keating said. “It really didn’t make sense to go on with the ABS, so we left the ABS off, but we put the GT3-spec rear wing on it, and put the rear-wheel speed sensors back on and turned on the traction control. The Michelins were the same as the GTLM cars run, and we took the restrictor out, which was a huge deal. With the restrictor in GTD we are running somewhere between 450 and 500 horsepower. Without the restrictor we are running somewhere around 680. It really was a ton of fun.” 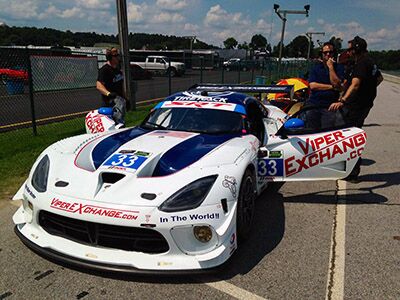