No. 33 and No. 93 TI Automotive/ViperExchange.com Entries Both in Lead-Pack Contention as the Rolex 24 Hit Halfway Mark

DAYTONA BEACH, Fla. (January 25, 2015) – Both TI Automotive/ViperExchange.com Dodge Viper GT3-Rs have led early and often during the first half of the 53rd Rolex 24 At Daytona and remain in lead-pack contention as the race heads into the early-morning over-night hours.

“It is going great, the car is running perfect so hopefully we can keep it like that,” Jeroen Bleekemolen said. “We have to stay clean, sometimes it’s hard because the racing is heating up, you can feel the competition pushing harder and harder, which is normal. You just have to be cautious not to push too hard yet.”

In addition to the five drivers that led, the first 12 hours of the race featured outstanding debut stints by new team drivers Cameron Lawrence and Al Carter. Lawrence raced to as high as third in his first ever Rolex 24 driving shift while Carter – who joins Keating in driving both the No. 33 and No. 93 this weekend – rarely dropped out of the top five and ran as high as fourth at the wheel of the No. 33.

“The fights for the lead are great because it’s like sprint racing all along with some of the best sports car drivers in the world,” Jeroen Bleekemolen said. “You then have amateurs mixed in that you have to overtake or that sometimes overtake you with a quicker car. It’s challenging but it is also part of this race and I like it.”

Marc Goossens also turned in a typically strong performance, running second in the No. 33 for the majority of his first stint and trailing only teammate Farnbacher in the No. 93.

Goossens, Farnbacher and Wittmer, drove the last three years for the championship winning Dodge Viper GTS-R GTLM program that was discontinued after the 2014 season. No. 93 was on the Viper that won the 2014 GTLM team championship and that carried Wittmer to two victories and the GTLM driver championship.

“Driving a Viper that has the championship winning 93 is an honor for us and together with the champ Kuno,” Farnbacher said. “Then on the other No. 33 car with Ben and Marc, it's like all my old teammates are there again. It will not be an easy task but we can achieve success again if we all pull on the same string and we seem to be doing that so far.” 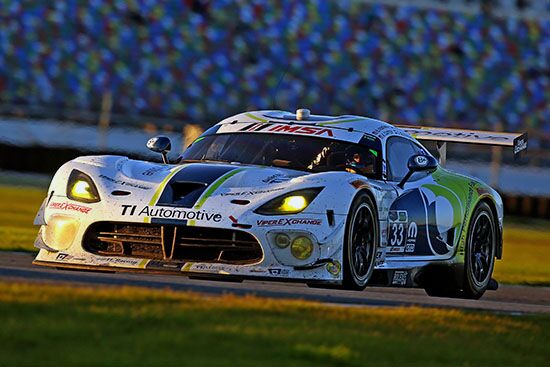 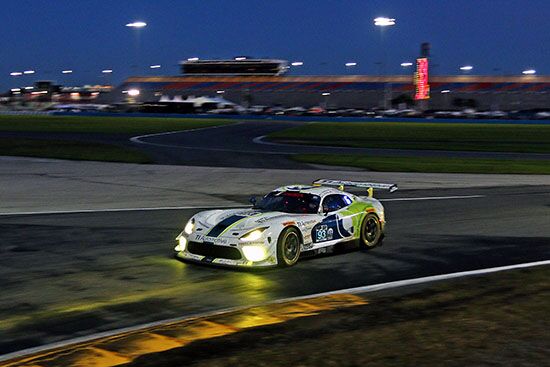