MOORESVILLE, NC. (February 5, 2015)– ViperExchange.com, TI Automotive and Riley Motorsports have been named the first reserve on the entry list for the 83rd running of the 24 Hours of Le Mans, June 13 – 14, at Circuit de la Sarthe in Le Mans, France.

The news was part of today’s annual press conference in Paris in which the prestigious Automobile Club de l’Ouest (ACO) invites 56 teams to participate in each year’s 24 Hours of Le Mans race. The No. 53 Riley Motorsports-TI Automotive GTE-Am entry was named the first of seven reserve entries and will be in line for a possible chance to participate in the race if one of today’s invitees withdraws in the coming weeks.

Competing in the legendary Le Man race would be another step in the new and race-winning partnership between ViperExchange.com, TI Automotive and Riley Motorsports. The possible chance to race in the world’s most famous 24-hour automobile race follows a victory less than two weeks ago by the debuting collaboration in the Rolex 24 At Daytona, North America’s premier twice-around-the-clock endurance race.

Keating would be among the team’s drivers for the Le Mans campaign, partnering with second-year teammate and former Le Mans class winner, Jeroen Bleekemolen, the listed driver on the entry that was formally designated the first reserve today in Paris. In the event a slot opens up, and the ACO extends an invite to the No. 53 team to participate in the race in the near future, the third driver and all other team details would be confirmed in the following weeks.

It’s an honor to even have this much of a chance to participate in the amazing event that is the 24 Hours of Le Mans,” Keating said. “We are grateful to the ACO for finding room for us on the reserve list, we are a step closer than we were yesterday and hope to have the chance to race at Le Mans in June. If you are a race car driver in professional sports car road racing at any level, the pinnacle of the sport, every driver’s goal has to be racing at Le Mans.” 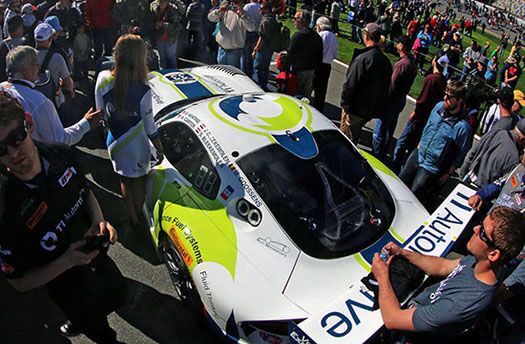 “The 24 Hours of Le Mans is always a highlight on the calendar,” Bleekemolen said. “The atmosphere during race week, and to drive the track itself, is just amazing. I have many great memories of the race but winning there stands out. To be on top of the podium with all the fans in front of you is a special feeling. I hope to be able to get another win at Le Mans.”

In addition to a full IMSA TUDOR Championship season for the No. 33, the No. 93 entry will contest this year’s four-race Tequila Patrón North American Endurance Cup (NAEC). The team leads the NAEC standings after the Daytona opener and the following rounds include the 12 Hours of Sebring, Sahlen’s Six Hours of the Glen and Petit Le Mans at Road Atlanta. Potentially adding Le Mans to that list of prestigious endurance races this year is a logical move for ViperExchange.com, TI Automotive and Riley Motorsports.

"Being able to race at Le Mans this year would be a highlight addition to a season that has already moved off to a great start with TI Automotive and Viper Exchange,” said Bill Riley, Riley Motorsports Director. “We want to follow up the Rolex 24 win with more victories and strong results in the year’s remaining endurance races and win both the TUDOR Championship, the Tequila Patrón Cup and, hopefully, the 24 Hours of Le Mans. As always, we will begin preparing right now as if we are racing at Le Mans in June and hope for the best.”

Next up for the TI Automotive/ViperExchange.com Riley Motorsports team is the 12 Hours of Sebring Fueled by Fresh from Florida at Sebring International Raceway, March 18 – 21. 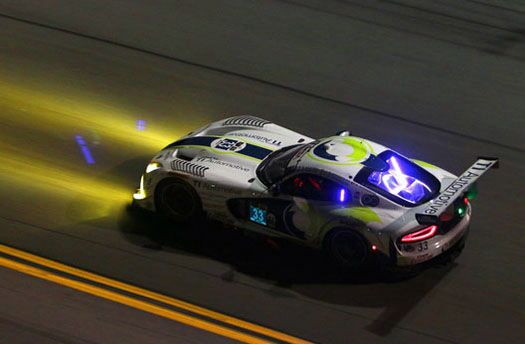