ViperExchange.com to Produce LIVE Webcast from Paddock at Road America

ELKHART LAKE, Wis. (August 6, 2014)- Continuing their efforts to bring the loyal Viper audience behind the scenes of the IMSA TUDOR United SportsCar Championship, ViperExchange.com is launching a new initiative this Saturday, August 9, with the premiere of “Behind the Coil: LIVE!”

The next step in the company’s “Behind the Coil” content series, the team will be hosting a live, paddock-side webcast on Saturday night in advance of Sunday’s IMSA TUDOR Championship Continental Tire Road Race Showcase. For any fans of either the Dodge Viper SRT or simply the IMSA TUDOR Championship, this is the perfect opportunity to go directly inside the team’s paddock, interact with ViperExchange.com drivers Ben Keating and Jeroen Bleekemolen, as well as ask any questions of both drivers and the crew.

The webcast will begin on Saturday at 8 p.m. EDT (7 p.m. CDT in Wisconsin), and continue on for one hour. Fans can see this by visiting either www.ViperExchange.com, or by downloading the Ustream app for your smartphone or tablet and searching for “ViperExchange.”

For Ben Keating, driver of the GT Daytona (GTD) class No. 33 ViperExchange.com Dodge Viper SRT GT3-R, the opportunity to explain the complexities of his machine to a loyal audience is a welcome one.

“We’re very excited to bring this to opportunity to our loyal fans and Viper owners,” Keating said. “It’s our first go at this so I’m sure there will be some things to learn, but we’re very excited to give our fans a chance to look up close at the car, and of course answer any questions. It should be a fun time for all.”

Fans will not only have their questions answered live visiting the stream, but the ViperExchange.com team will also be giving away numerous hats, shirts, and other giveaway items throughout the webcast.

Keating, Bleekemolen and ViperExchange.com come to Road America following their best two-race run in the inaugural IMSA TUDOR Championship season. The No. 33 team won its first race in early July at Canadian Tire Motorsports Park and followed it up with a third-place finish in the Brickyard Grand Prix at Indianapolis Motor Speedway a little over a week ago. 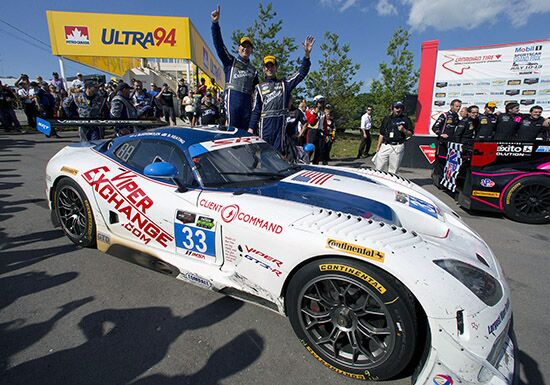