It’s true, not every car is created equally. The Dodge Viper in Tomball, TX is one of the most exhilarating vehicles on the road today. Everything from the Dodge Viper’s aggressive body lines to its world-class performing engine exhibits a passion for uncompromising performance. This same passion that each Dodge Viper is built with inspired the birth of Viper Exchange.

Viper Exchange began as the dream of two car dealers, Ben Keating and Bernie Katz, who fell in love with everything the Dodge Viper had to offer. Viper Exchange started as a small boutique shop located inside of Tomball Dodge in Tomball, TX and as time went on, Ben and Bernie’s passion for Vipers continued to grow throughout Tomball, TX, the surrounding communities and eventually the world. Currently, Viper Exchange is the nation’s top-selling Viper dealership housing two massive warehouses filled with both new and used Dodge Vipers for sale in Tomball, TX.

To shop one of the largest selections of new and used Dodge Vipers today visit us at 23777 Tomball Parkway, Tomball, TX 77375. Viper Exchange also stocks a great selection of used vehicles as well from some of the world’s most exotic automakers. If you have any questions or would like to talk to one of the professionals at Viper Exchange , we can be contacted online or by phone at (281) 865-1683. 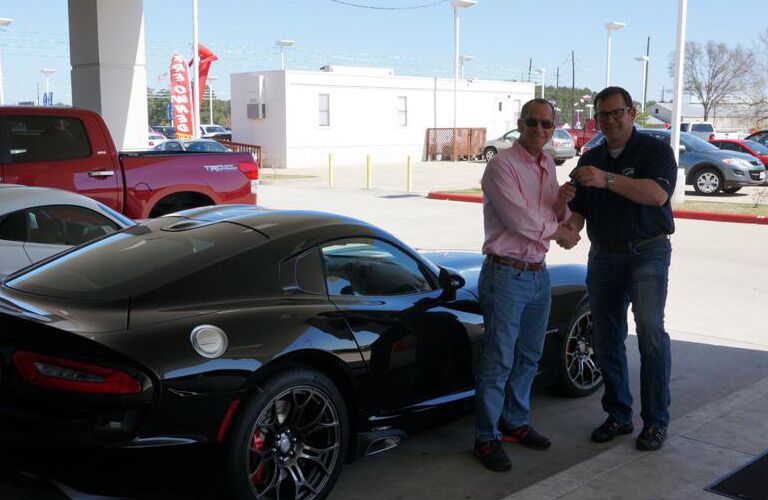 Because of Ben and Bernie’s passion for the Dodge Viper, performance enthusiasts from all over the world are able to benefit from one centralized location for all of their Viper needs and wants. At any time, Viper Exchange is home to 25 plus Vipers that have never been titled and in 2010 Viper Exchange held the largest inventory of Dodge Vipers of anywhere in the world.

The Viper Exchange inventory ranges from models all across the Viper lineup covering a wide price spectrum. In addition, our inventory also features some of the most hard to find Vipers in the world, including models with custom paint jobs and performance upgrades. Rest assured, whether the vehicle is new or used, it will always be in pristine condition as all of our Vipers are kept inside of one of the two warehouses at our lot to be protected from the harsh elements. When visiting this location be sure to check out the second floor “Viper Vault”!

Viper Exchange not only sells new and used Dodge Vipers in Tomball, TX, but we are also an emporium for speed and modification equipment as well as a gleaming service center. From routine maintenance to serious performance upgrades, Rest assured that the entire Viper Exchange staff has become indoctrinated with everything and anything having to do with Vipers.

Our parts department inventories the most Viper parts, the technicians are the most experienced, and the body shop is known for its impressive and amazing custom Viper paint jobs. If your needs are a bit more intense, our full race shop is available to handle them. No job is too big or too small.

Viper Exchange works with partners such as Viper Days/NARRA (North American Road Racing Association), BJ Motors, Viper Parts of America and the Viper Club of America. ViperExchange.com is the central location of four different Dodge dealerships that serve the Viper nation, and it is the premier resource for all of your Viper needs. 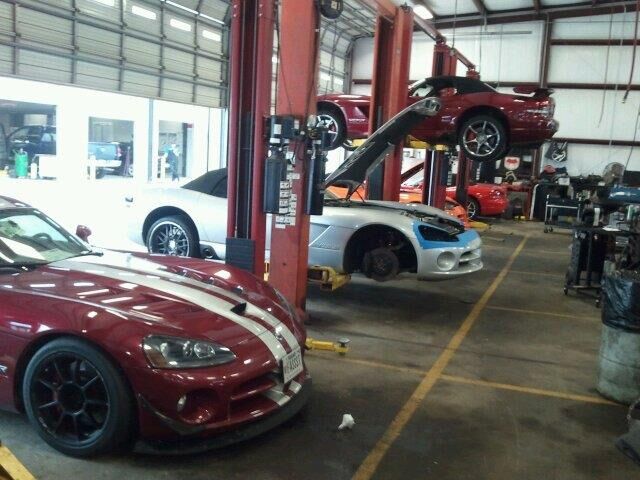